Recently I decided to switch my IDE from the amazing Visual Studio code back to PhpStorm which was my preferred IDE of choice for years. Thing is, after an absence of almost two years it’s near impossible to remember key shorts that one uses in the application.

The purpose of this knowledgebase article is to document some of the common shortcuts, tips, tricks, and customizations I’ve done to have a wonderful developer experience.

Probably the most powerful thing about PhpStorm is it’s Laravel integration. Thing is, it doesn’t just work out of the box. You have to install the Laravel IDE Helper.

The main reason for doing this is to avoid these Static method warnings such as below:

The Material Light theme is used for now. Darcula is great but the colours a bit dark and it got a bit old

Googled a bit and found a theme that is based on the Visual Studio default theme called Dark – Default. For switching between IDEs this will be useful in the short term. https://plugins.jetbrains.com/plugin/12255-visual-studio-code-dark-plus-theme

The default font was Jetbrains Mono, changed to DejaVu, and 14 1.1 spacing.

That’s probably the most important one to remember because it quickly gets on to any file.

I’ve recently discovered that moving the Structure on the left to the top of a the page is really useful for the larger and larger methods I’m building.

What I’m not crazy about it that PhpStorm doesn’t exclude it’s default settings from Git. For now I had to exclude:

Project configuration files can be added to Git

What we still have to found out 🙂

Here are some other observations about switching back 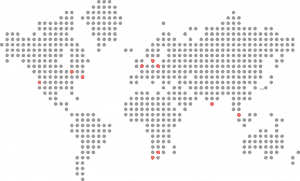 We provide super fast SSD hosting services to entrepreneurs with a 30-day money back guarantee.